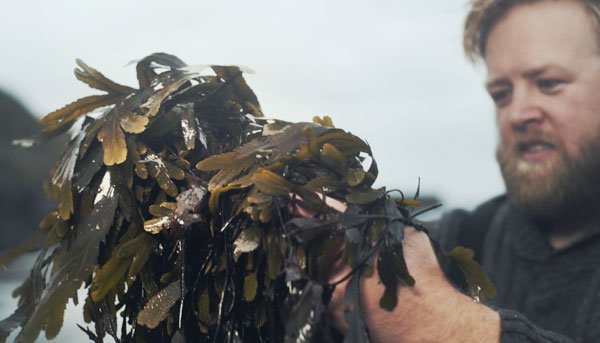 Algae refer to a group of aquatic photosynthetic organisms, meaning that they convert light from the sun into chemical energy. Algae produce up to 70% of the oxygen in the air we breathe. They occur in a wide range of sizes: from tiny single cells to giant kelp that can go up to 45 meters long.

Seaweeds, also called sea vegetables, are marine plants that are part of the algae class which are big enough they can be seen without a microscope. Seaweeds are divided into three main groups based on colour: brown, green and red algae. The different colors reflect the different types of light they readily absorb dependent on how deep or how close to the surface they generally grow. Each colour differs in biochemical features but they all have powerful healing properties.

What makes seaweed so magnificent is that seaweed naturally absorbs its nourishment from the sea. Over 80% of the seaweed plant is made up of essential minerals, vitamins and other bioactive compounds. Seaweed encompasses a broad range of vital nutrients such as Fibre, Calcium, Potassium, Magnesium & Iron. It is also known for its high Iodine content which supports the maintenance of normal healthy skin. In addition seaweed contains several key vitamins such as Folate, Vitamin A, Vitamin B1, Vitamin B2, Vitamin B3, Vitamin B6, Vitamin C and Vitamin B12.

Here are some popular species found around the Atlantic coast that are being used in VOYA’s luxury organic products and treatments:

Himanthalia Elongata, commonly known as Sea Spaghetti, is a brown seaweed of the lower shore that can be found growing on rocks on the tide line and in rock pools. Sea Spaghetti has several properties which make it attractive as an ingredient in personal care and cosmetic products. It is absorbent, viscosity controlling, skin protecting, can be used as a binding agent, and is also edible when cooked. It is used predominantly in VOYA’s facial range for those with combination or oily skin types. It provides high levels of vitamins along with essential amino acids. This seaweed has a natural ability to restore balance to your skin’s moisture levels, whilst enhancing the skin with essential minerals.

Scientific Research has shown this seaweed helps to increase the skin’s ability to fight against free radicals by over 533%* and improves Type 1 Collagen production in the skin by over 93%*. Laminaria Digitata, also known as Tangle or Oarweed, is a large dark brown seaweed that is found at the extreme lower part of the shore at low tide. Tangle contains proteins, peptides, amino acids, essential fatty acids, minerals, and vitamins that can help hydrate, soothe, and protect the skin. It is highly detoxifying and is often the key ingredient in anti-cellulite treatments and products. This seaweed is used in VOYA’s facial skincare range for those with dry skin types. It has marvellous anti-inflammatory properties, protects the skin from the environment, and helps reduce the signs of wrinkles. It is famously used in VOYA’s spa treatments like seaweed wraps. For the ‘Tangle Me Up Wrap’ treatment, the Laminaria is heated and wrapped around the body to relieve stress, fatigue, and lethargic muscles. It acts as a poultice and naturally restores the balance essential to your body.

Scientific research has shown this seaweed helps to increase the skin’s ability to fight against free radicals by over 122%* and improves Type 1 Collagen production in the skin by over 202%*. Laminaria Digitata increased the hydration levels of the skin by 18%* Fucus serratus, commonly known as toothed wrack or serrated wrack, is a olive-brown seaweed that grows just above the low water mark on rocky shores. Used for hundreds of years in seaweed baths and is Ireland’s only indigenous treatment. Fucus Serratus is used in VOYA’s Lazy Days signature detoxifying bath product.

This bathing ritual is the simplest and purest of all organic treatments. The gels that Fucus Serratus expels when placed in hot water with sea salts activate the seaweed allowing it to deeply moisturise, increase circulation and promote healing. Fucus Serratus is used as the mainstay in VOYA’s body care and sensitive facial skincare ranges. It filters the ocean for nutrients and as a result, amasses rich levels of minerals and vitamins. It produces antioxidant compounds that are natural skin conditioning, reparative and hydrating.

Scientific research has shown this seaweed helps to increase the skin’s ability to fight against free radicals by over 724%* and improves Type 1 Collagen production in the skin by over 143%*. Fucus Serratus increased the moisturization of the skin by 17%*. Fucus Vesiculosus, commonly known as Bladderwrack or Sea Wrack, the name comes from the air pockets in its leaves which look like small bladders that help the seaweed float. It is a brown seaweed found mainly mid-shore on the coasts of the Baltic Sea, the Atlantic and Pacific Oceans. Bladderwrack is packed with vitamins and minerals, partially iodine. It is often used to stimulate the thyroid gland and boost metabolism. This seaweed is used in VOYA body scrubs to help improve your metabolism. When used in hot seawater baths or steamed, Fucus Vesiculosus reacts in the same way as Fucus Serratus and releases polysaccharides (such as alginic acid) and iodine, as well as other minerals which have many skincare benefits. They improve skin conditioning, lower high blood pressure, ease arthritis, and rheumatic pains. VOYA harvests Bladderwrack in Autumn for its high vitamin C content and the Summer for its high vitamin A content. Scientific research has shown this seaweed helps to increase the skin’s ability to fight against free radicals by over 280%* and improves Type 1 Collagen production in the skin by over 126%*. Algae and seaweed are essential components of aquatic food webs, providing a source of nutrients for invertebrates and fish. They are also an important food source for humans as many seaweed species are edible such as kelp, wakame, Irish moss, or nori wrapper used to make sushi.